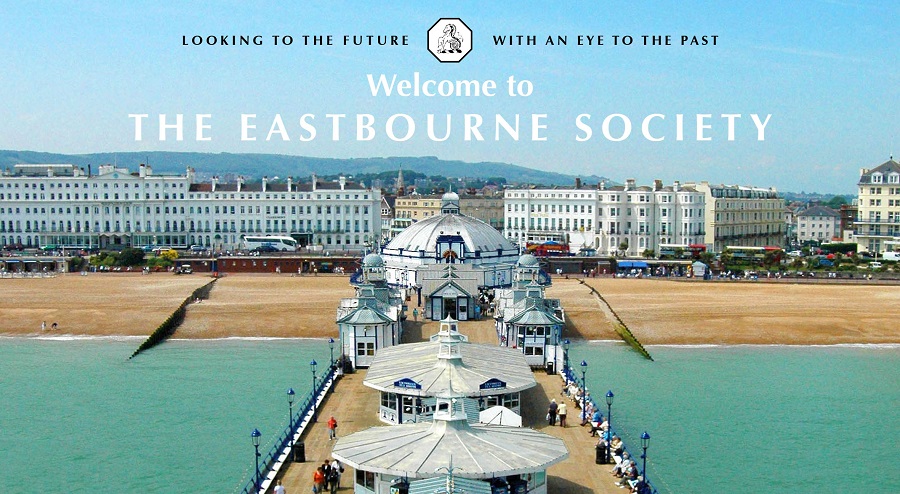 Home > Achievements of the Society

Achievements of the Society 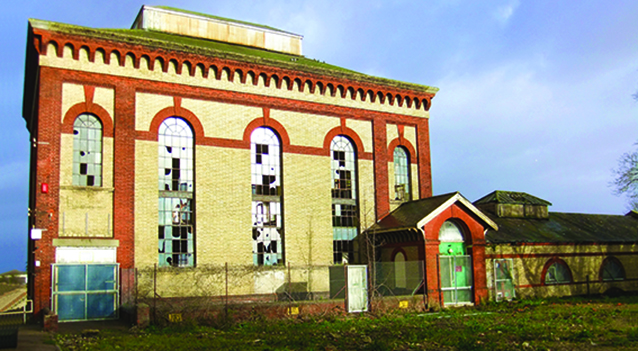 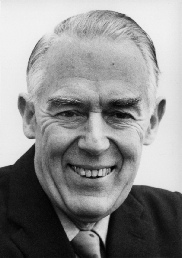 The Society began as a committee of corporate members from about 12 societies, all concerned and anxious about the standards of development threatening the qualities of Eastbourne, which had gained the reputation of being one of the most beautiful seaside resorts and earned the title of Empress of Watering Places. It was brought into being by the concerns of many people at the demolition of Pococks, a 15th century manor house of Beverington, at Rodmill and the proposed building of South Cliff Tower, a 19 storey tower block on the seafront at Meads, approved amid a storm of protest.

During the great building bonanza which was sweeping the country in the early 1960s, many amenity societies were formed in a desperate bid to halt some of the disasters threatened by speculative developers who were buying up properties and demolishing them first with plans for redevelopment submitted later. Yet, incredibly, the general public were not allowed to inspect such plans at that time. The properties, which had been demolished, were often replaced with massive blocks of offices and flats or huge housing estates with very little concern for design or quality. It was only after 1968, when the Town & Country Planning Act was passed, that it became necessary for plans to be published - thus allowing the interested public to comment constructively before decisions were taken. 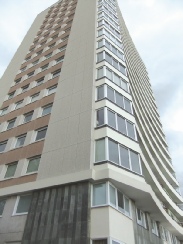 One of the early challenges the Society had to deal with, besides Pococks and the South Cliff Tower, was Polegate Windmill, which was for sale and likely to be demolished. This became the subject of an all out attempt by the Society to raise funds to buy the mill. lt was eventually bought and many hours of voluntary effort to repair and restore the mill followed. On 1st July 1967 this 150 year old windmill was officially opened by His Grace, the 11th Duke of Devonshire. To this was added the first milling museum in Sussex in 1968. The latter has proved an outstanding success with many visitors and school parties finding it a source of fascination and interest over the years. It is now run as an independent museum in its own right.

In 1967 the Government was encouraging the setting up of Conservation Areas nationwide to protect historical and architecturally attractive buildings and areas. The Society requested the Town Council to designate areas, in particular, Old Town, the cradle of East Bourn. The Star Brewery and the Old Court House were for sale and fears for the future of the site were expressed. The area also included several listed buildings and the Society felt justified in calling for, (and obtaining) a public enquiry. The site was sold to Birrane and Co. and three listed buildings in the High Street were bought by the Council and offered to the developers for demolition to permit a larger scheme. There was intense opposition in the area and many homes and businesses were, as a result, suffering from planning blight. By the end of 1969, planning applications were available for public inspection and visits were made to the Planning Office by members of the Executive Committee to report matters of concern to the committee. The Star Brewery site was top of the agenda. lt was proposed to extend the site from High Street to Ocklynge Road and Crown Street. The redevelopment was to consist of a massive tower block of flats and offices and an extensive supermarket. This plan also included 8 listed buildings and a medieval street pattern of ancient origin, in the heart of Old Town.

Alas, the wheels of officialdom grind slowly and the Public Enquiry was not held until 1972. Because a major road widening scheme for Church Street had been proposed years before, neglect for many of the properties had gone too far. The original plan was never realised and new plans were submitted by another developer. Ironically, the Old Town Conservation Area, which the Society had been pressing for, was only designated after planning approval had been given for an undesirable major redevelopment. The A27 road widening scheme was abandoned, but the Old Town had lost its heart.

With the setting up of Conservation Area Advisory Committees in 1975 (the Society having had a representative from the start), there has been much greater opportunity for co-operation and understanding between authorities, amenity groups and the public. In addition to Old Town, other Conservation Areas were set up in Meads, Town Centre, Seafront and Willingdon. As an advisory body to the Planning Committee, we encourage schemes for enhancement and extensions to existing Conservation Areas, which the Society feels are one of the best safeguards for protecting the unique character of certain parts of Eastbourne. Also a number of listed buildings have been added to those already designated. 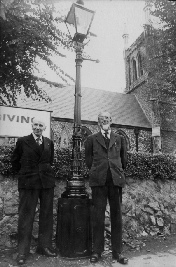 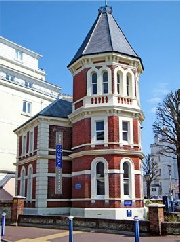 In conjunction with the Society's aims, we provided funds for four Morris lamp standards erected in Trinity Trees and restored to their original condition with lantern tops to celebrate the European Architectural Heritage Year in 1975. Ebenezer Morris was the local iron founder and manufacturer of many of the town's iron railings and other street furniture.

Then in 1977, the Society provided two flagpoles to top the Congress Theatre in honour of Queen Elizabeth ll's Silver Jubilee. A Project Group of volunteers was started in 1978 and carried out tree planting in various parts of the town, including Lushington Road, Lottbridge Drove, Wish Hill and the Avenue. Volunteers also cleaned and repaired a dewpond at Black Robin Farm, Beachy Head with the help of the Eastbourne Rambling Club and cut steps on the Jubilee Walk under the leadership of George Collier. The VR ciphers on old letterboxes in the town were picked out in black paint by Richard Crook and Michael Ockenden with the co-operation and approval of the Head Postmaster.

More recently the Society applied to English Heritage for the successful listing of two landmark buildings in Eastbourne, Ocklynge Cemetery Chapel by Benjamin Ferrey (listed 2013), and Bedfordwell Pumping Station (listed 2014), Eastbourne's only example of an industrial building by Henry Currey.

Eastbourne Heritage Centre was opened in 1985 in the attractive Tower House at 2 Carlisle Road, then under threat of demolition with the disused Devonshire Baths site. The Council originally granted us a 20 year lease on the building. After major conversion and restoration, mostly by Richard Crook RIBA, and a team of hard working volunteers and a generous grant of funds from the Carnegie UK Trust, we provided the town with a Local Heritage Exhibition to be proud of. lt showed the development of the town from four small hamlets to the town it is today and thanks to members and local businesses that have supported us, this has proved a very worthwhile achievement, besides telling the history of the town, we have held special exhibitions on a wide range of subjects.

The Civic Trust (our parent body) very aptly describes an Amenity Society thus:- "lt tries conscientiously to serve the interests of the whole community and is concerned with a wide range of environmental issues, including architecture, planning, transport and conservation ... campaigning for the protection of existing buildings and areas of interest and belief in the social value of community landmarks and is not afraid to speak up in the public interest ..." "The movement can no longer be dismissed as a fringe affair... some significant victories have been won, national policies have changed significantly and dramatically in favour of some of its most cherished ideals. But experience has taught us that ignorance often underlies apathy or ill-judged plans. Its very existence and interventions are a continual reminder that there is more to life than money, mobility and material progress."

However, there is much for our Society to do and our vigilance and expertise are often exercised to the full. Pressures are still put upon sensitive areas of our town; new opportunities and challenges arise. We have made great strides in the past years and hope our influence has benefited the town, not only for today but also for future generations. The Society now looks forward with renewed confidence.

Dedicated to the memory of Ronald E. Clack, Founder of the Society.

Taken from "The First Years of the Eastbourne Civic Society, Founded 1961" Compiled and Extended by Mavis Clack.